The EU to ratify a free trade agreement with Vietnam soon 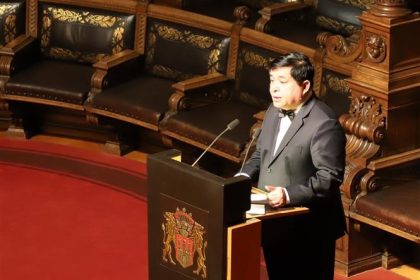 The EU-Vietnam Free Trade Agreement (EVFTA) is expected to be approved in the coming time, possibly before the European Parliamentary election in late May this year. 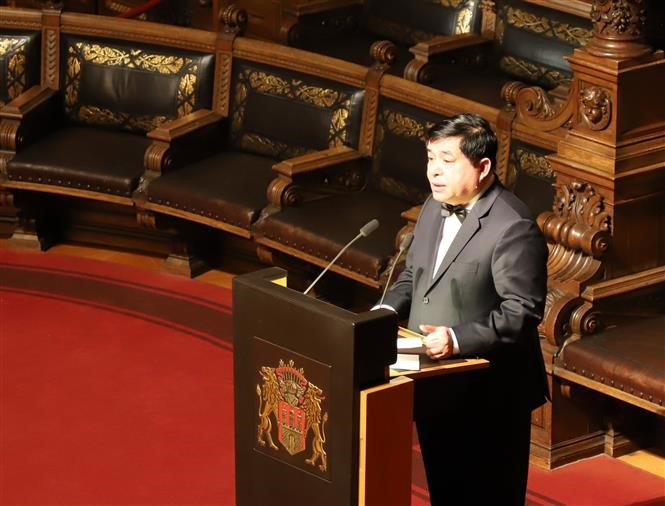 In the framework of the working visit to Federal Republic of Germany at the invitation of German Minister of Economy and Energy Peter Altmaier, on the evening of March 15 (local time) Minister of Planning and Investment Nguyen Chi Dung attended and had a speech at the Liebesmahl event organized by the German Business Association (OAV) in Asia –Pacific in Hamburg City Hall.

Liebesmahl is an annual event that attracts about 300 distinguished guests, mainly representatives of German enterprises doing business in the Asia-Pacific region, politicians and ambassadors in regions.

In addition to the presence of German Minister of Economy and Energy, Peter Altmaier and Vietnam Minister of Investment and Planning, Nguyen Chi Dung, this 99th Liebesmahl event also had the participation of Hamburg Mayor Peter Tschentscher, President of OAV Hans- Georg Frey, Vietnamese Ambassador to Germany Nguyen Minh Vu …

Speaking at the Liebesmahl event, Minister Nguyen Chi Dung affirmed that the strategic partnership between Vietnam and Germany was entering a new stage of development and appreciated the support of Germany for Vietnam during the last time as well as the role of German enterprises in Vietnam’s economic development and construction process.

Minister Nguyen Chi Dung also expressed his wish that German enterprises would continue to invest more in Vietnam, especially in areas where Germany is widely well – known and in which Vietnam has needs such as machinery production, finance, insurance, renewable energy and human resource training …

To further facilitate the economic cooperation relations between Vietnam and Germany in particular and Vietnam and the European Union (EU) in general, Minister Nguyen Chi Dung called on politicians and German businessmen to promote the signing and approval of EVFTA as soon as possible.

For his part, German Minister of Economy and Energy Peter Altmaier said that the content of the agreement was now being urgently translated into the language of EU members and the agreement was expected to be approved in coming time, possibly before the time of the European Parliament election in late May this year.