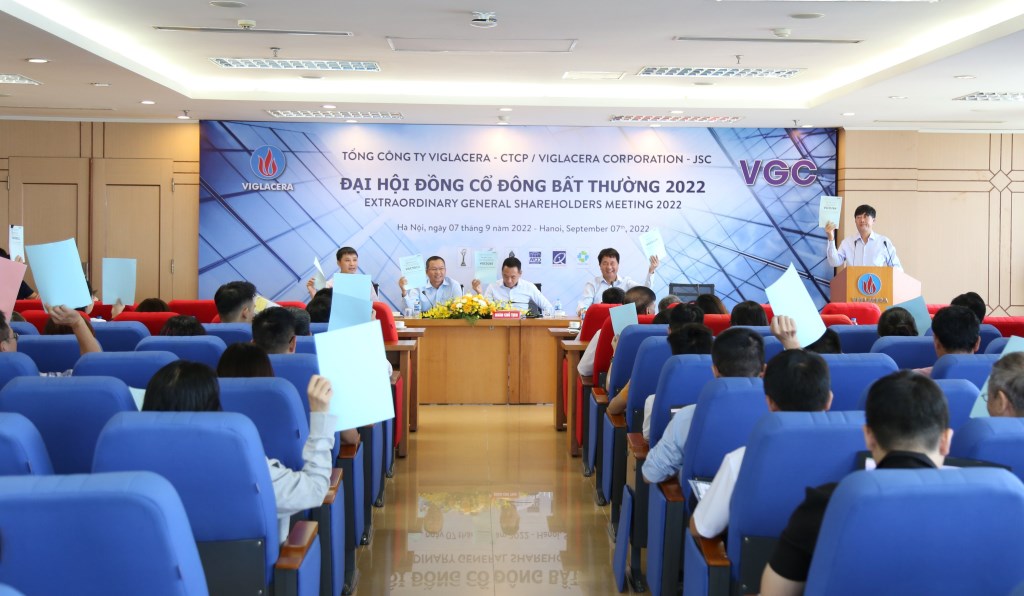 On the morning of September 7 in Hanoi, Viglacera Corporation – JSC successfully held the Extraordinary General Meeting of Shareholders in 2022.

The General Meeting also approved the election of Ms. Tran Thi Minh Loan – Director of the Finance and Accounting Department, representing the State capital portion of the Ministry of Construction, to hold the position of Member of the Board of Directors for the 2019-2024 term, replacing Mr. Nguyen Anh Tuan – General Director of the Corporation.

Regarding investment in new projects, Viglacera shareholders approved the policy of surveying investment projects in building construction material factories, and investing in industrial parks and urban areas in the Dominican Republic.

According to the latest results announced by Viglacera, in the first 8 months of 2022, the Corporation’s pre-tax profit continued to exceed the whole year plan, with consolidated profit reaching 118%, and the parent company reaching 128%. Viglacera will conduct comprehensive research, survey, and assessment to build the Social Housing Development Investment Project for the period 2022-2030 in accordance with the guidelines of the Party, State, and Government. 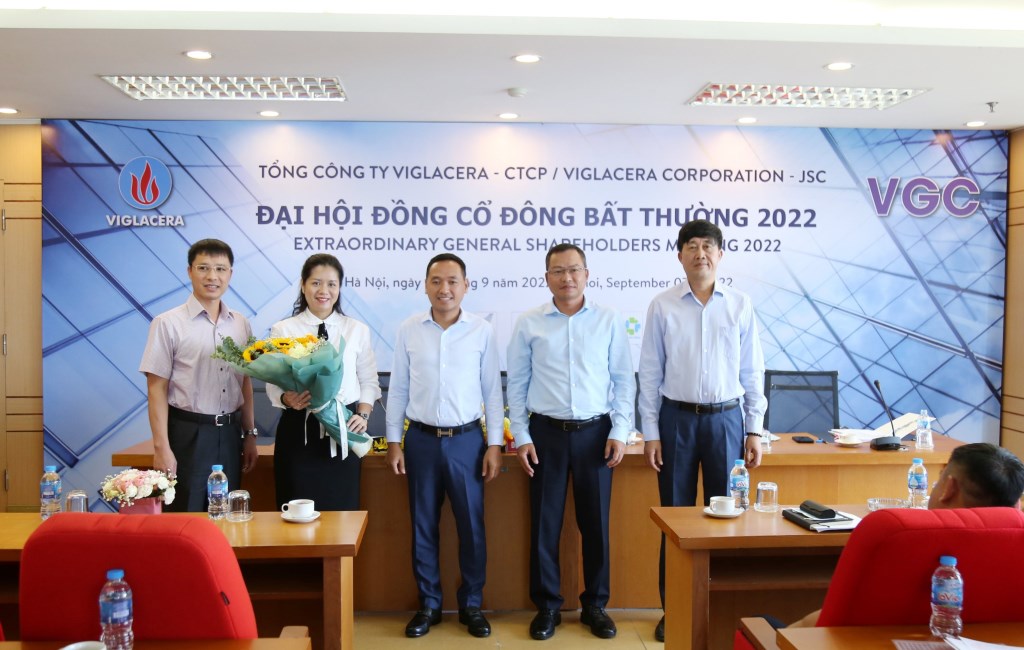 By the end of June 2022, the Corporation’s total consolidated assets reached VND 22,485 billion, an increase of nearly VND 500 billion compared to the beginning of the year, of which cash and cash equivalents were VND 2,808 billion. Equity reached 9,116 billion dongs, including the owner’s contributed capital of 4,483.5 billion dongs; short-term and long-term finance lease debt is only VND 3,346 billion, showing the healthy capital structure of the Corporation.

With 48 years of construction and development, Viglacera Corporation is currently the leading brand in the country in the field of building materials and real estate.