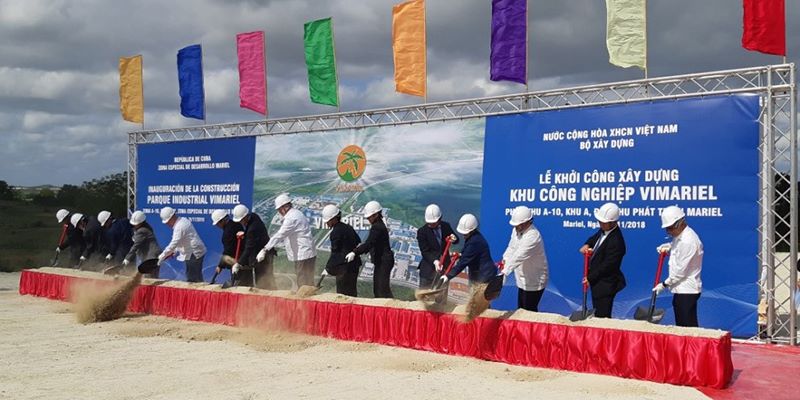 On 28th November 2018, Viglacera Corporation – JSC organized the groundbreaking ceremony of ViMariel Economic Zone in Mariel Special Development Zone (ZEDM), Cuba. This is the first economic zone that Viglacera invested overseas. This event marked the determination to implement the Viglacera’s multinational business development strategy to expand the market outside the territory of Vietnam.

ViMariel Economic Zone prime geographic location and robust infrastructure promises to be an appealing destination for firms in manufacturing industries, including electronics, construction materials and food processing. This is, in part, due to enormous support from the Government of Cuba, which offers preferential policies to foreign investors. 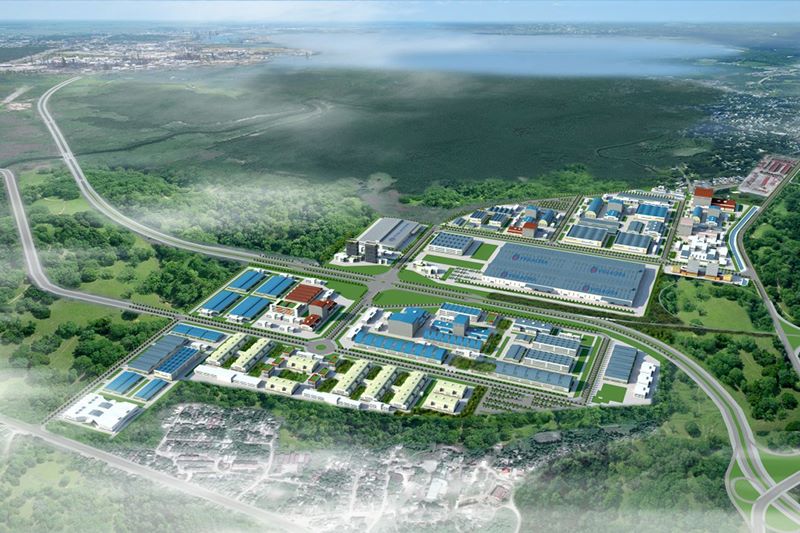 The ceremony was attended by the Hon. Ramiro Valdés Menéndez – Cuban Vice President of the Councils of States and Ministers; Mr. Rodrigo Malmierca Díaz – Cuban Minister of Foreign Trade and Investment; Mr. Pham Hong Ha – Vietnamese Minister of Construction; and Mr. Nguyen Trung Thanh – Vietnamese Ambassador to Cuba, along with representatives of various other ministries, embassies, and businesses. Viglacera itself was represented by Mr. Luyen Cong Minh – Chairman of the Board of Management; and Mr. Nguyen Anh Tuan – General Director.

Addressing the event, Minister of Foreign Trade and Investment Rodrigo Malmierca Diaz spoke highly of the project, highlighting that the construction coincides with the 36th meeting of the Vietnam – Cuba Intergovernmental Committee. He likewise expressed his confidence in the success of the strategic project, which was described as “special” in the two countries’ relations. 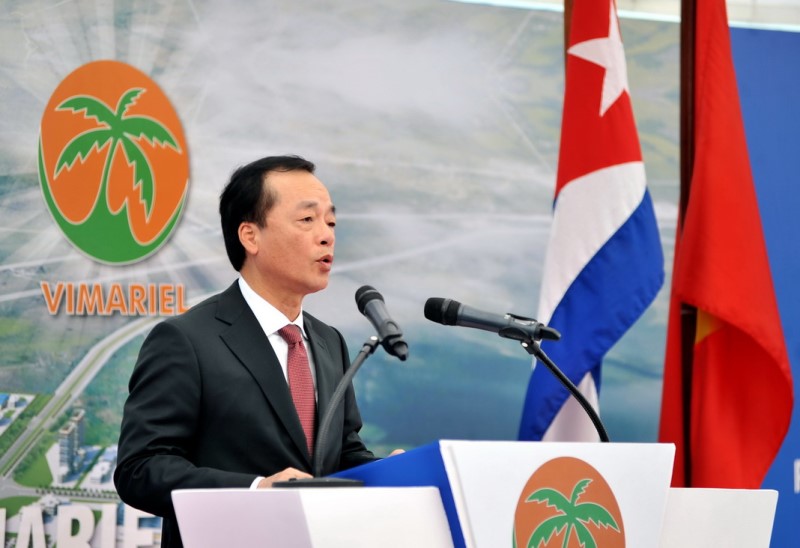 Minister of Construction Pham Hong Ha’s speech at the ceremony

Minister of Construction Pham Hong Ha affirmed that the long-standing ties between Vietnam and Cuba have laid a strong foundation for Viglacera to implement this project. He expected the project would meet the developmental needs of both nations.

In just 3 months since the establishment of ViMariel S.A. – a subsidiary of Viglacera in Cuba, the Government of Cuba, for the first time, officially granted ViMariel the license to build and manage an industrial park in Lot A of the Mariel Special Economic Development Zone.

ViMariel covers a total area of over 300 hectares. The first stage has been implemented on 156 hectares, of which 119 hectares (76%) is for factory construction. The project is equipped with international-standard infrastructure and seeks to provide the best services for foreign investors.

ViMariel Economic Zone possesses a number of special advantages, including the central location of Cuba in the Caribbean; the local deep-water sea ports; and the availability of La Habana only 45 km west of the market. Furthermore, the industrial park boasts the availability of high-skilled labors; a stable socio-political and legal environment; prompt project approval courtesy of a “one-stop” policy; and the up-to 20-year tax exemption policy. 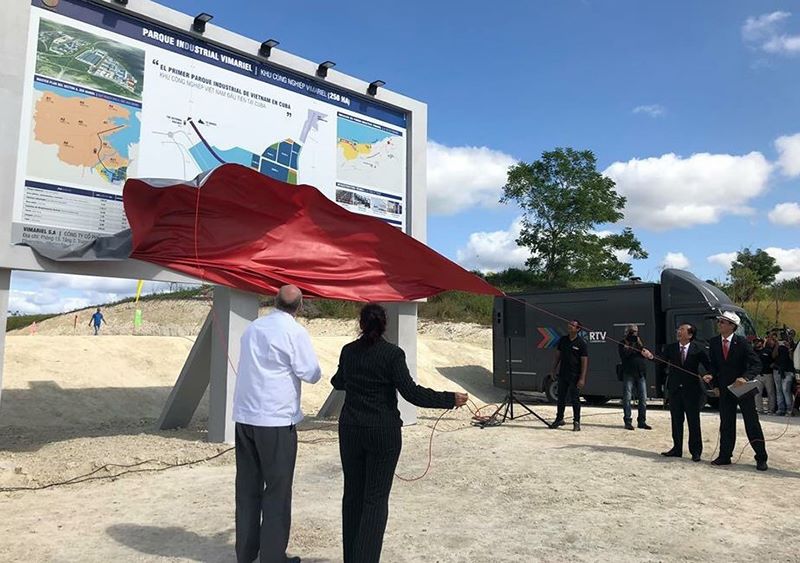 Immediately following the groundbreaking ceremony, many foreign investors expressed their interest in the industrial park. A Portuguese company has already registered to become an investor there. 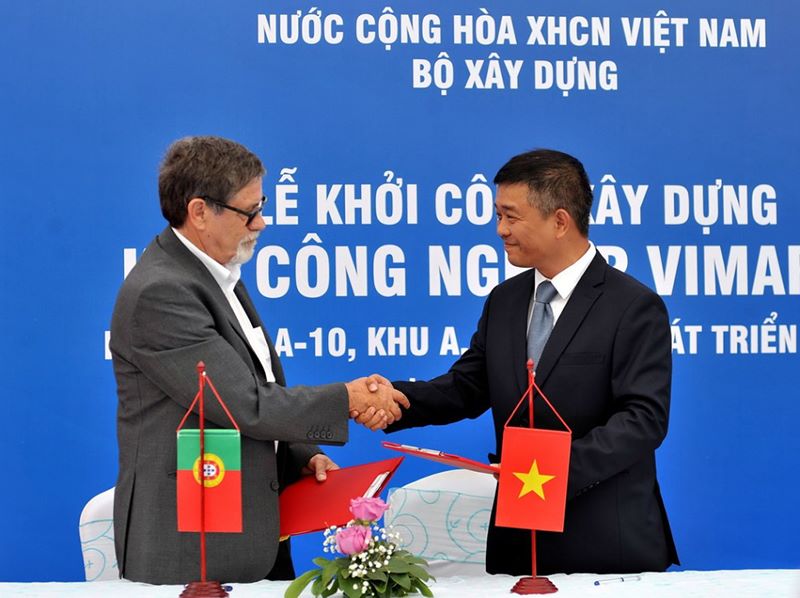 Mr. Tran Anh Tuan – Director of ViMariel and EnPromoulds – a Portuguese company signed one of the very first agreements of ViMariel Economic Zone

The inauguration of ViMariel in Cuba’s Special Economic Development Zone increases the number of industrial parks owned by the Corporation to 12, totaling over 3,500 hectares. The ViMariel project has affirmed Viglacera’s strategic move towards the global market as well as promoted Vietnam-Cuban economic ties to in accordance with the two nations’ long political relationship.