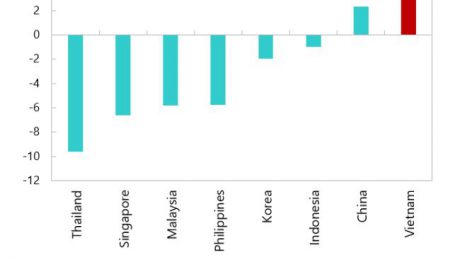 The pandemic hit Viet Nam’s economy hard, but the nation has taken decisive steps to limit both the health and economic fallout, according to the International Monetary Fund (IMF)’s latest annual assessment of Viet Nam’s economy. 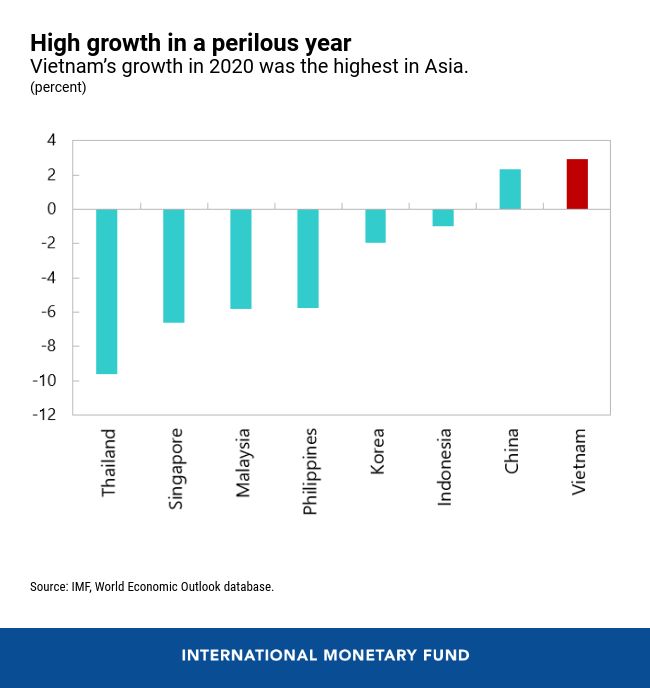 Viet Nam entered the pandemic with solid economic fundamentals and policy buffers, although some structural challenges remain to be addressed, the IMF’s annual assessment referred, adding that he country made considerable progress in consolidating public finances prior to COVID-19. The build-up of these fiscal, external, and financial buffers prior to the pandemic made Viet Nam more resilient to the shock.

The IMF suggested macroeconomic policies need to remain supportive in 2021 to ensure a resilient and inclusive recovery and policies should aim at reducing labor informality by improving labor skills and lowering hiring/firing costs for formal workers, and encouraging firm formalization.

More decisive reforms are needed to make the most of Viet Nam’s considerable growth potential, the IMF recommended.

Meanwhile, priority should be given to improving the business environment and ensuring a level playing field for small and medium-sized enterprises, with reforms geared towards reducing regulatory burden faced by firms, improving their access to resources, enhancing governance and access to technology and innovation, and reducing skills mismatches.. 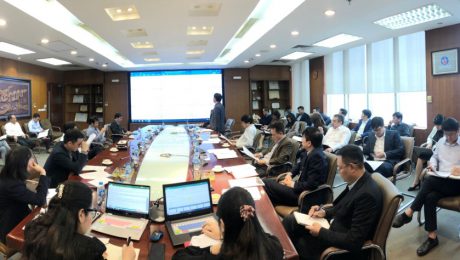 In February, Viglacera Corporation’s profit reached 227% of the monthly plan and increased 83 billion dong over the same period – figures were recorded at the February 2021 briefing meeting. The parent company still performed well the leading role with the profit of 195% of the plan, the efficiency brought from the Real Estate and VIFG Float Glass group, the other indexes of the whole Corporation basically followed and exceeded the plan. In the first 2 months, the Corporation has achieved and exceeded the plan of Quarter I/2021.

Overview of the meeting

In addition to the data on financial indicators, in the early days of Tan Suu new year, Viglacera continuously received good investment signals when receiving investment licenses for new open industrial park, the interest in creating favorable conditions of local leaders on the investment and development of industrial park to focus on the economic spearhead of the province. Housing for workers projects have also been restarted with a combination of projects under the Vietnam General Confederation of Labor. 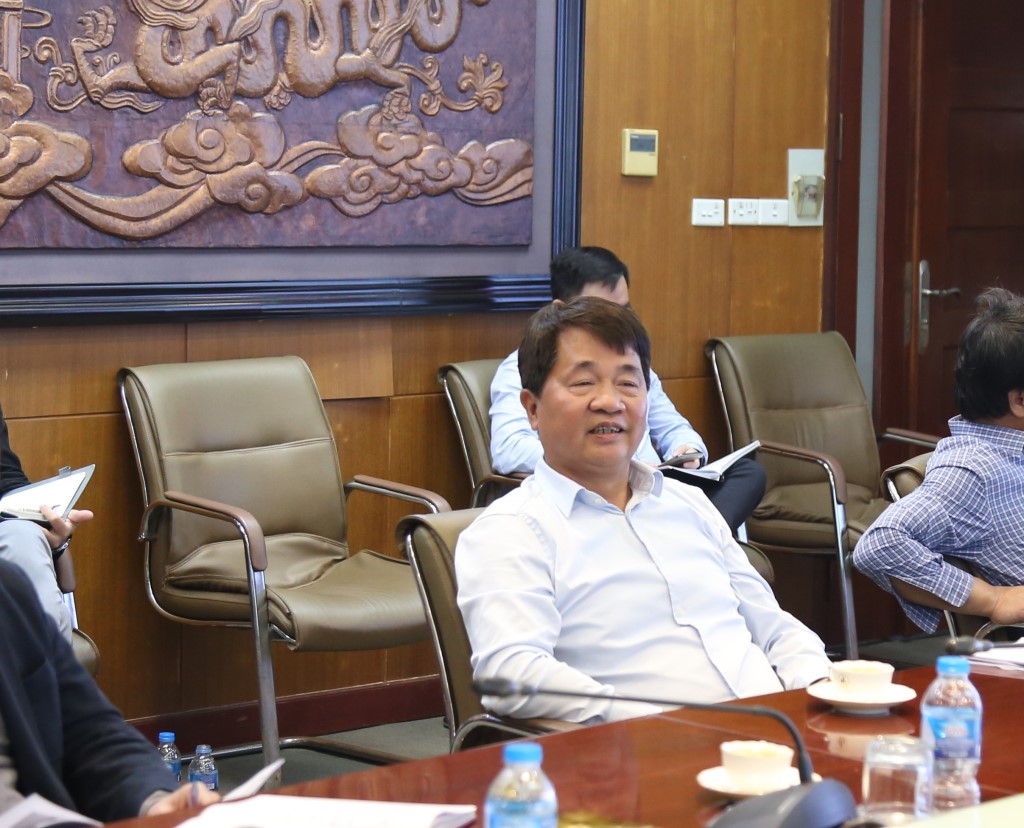 At the meeting, General Director Nguyen Anh Tuan directed: the positive results of the first 2 months of the year will be the motivation for the whole corporation to strive to fulfill the business and investment plan of 2021 and 5-year plan 2021-2025. 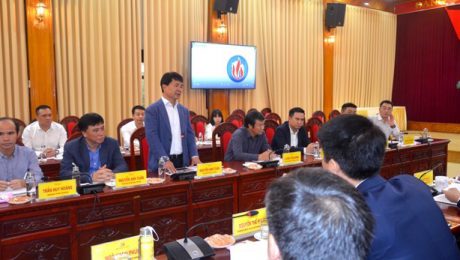 On the afternoon of February 25, Viglacera Corporation had a meeting with the Provincial Standing Committee of Yen Bai to report on the investment idea of a number of projects in the province. 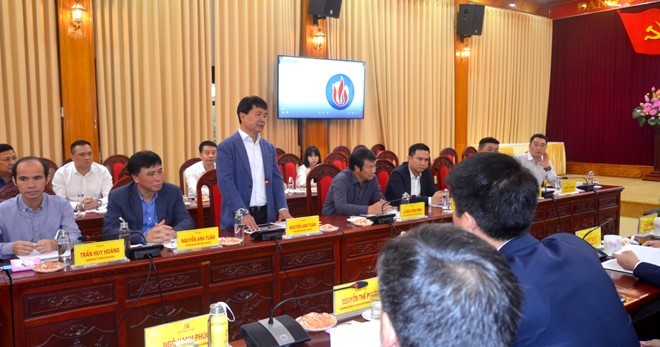 At the meeting, Viglacera Corporation asked Yen Bai province to approve the Corporation to research and invest in an industrial – urban – service complex at the intersection of IC 12, Noi Bai – Lao Cai expressway with a size of about 496 ha is located in Tran Yen district and Yen Bai city; of which nearly 420 hectares are for industrial park development, and the rest is for about 80 hectares for urban and service development. All 3 locations that the Corporation plans to invest are located on Au Co route in the direction from IC 12 intersection to the center of Yen Bai province.

Viglacera Corporation commits to allocate capital to invest in an industrial – urban – service complex in Yen Bai province to meet the criteria of a modern, synchronous industrial park to attract high-tech investors, electronics, telecommunications …; provide social utility services, use land effectively, contribute to increase budget revenue, ensure efficient and sustainable socio-economic development of Yen Bai province. At the same time, it is committed to strictly and fully implement the obligations of investors in accordance with the current regulations of the State.

The comrades of the Politburo, the Provincial Standing Committee of Yen Bai province, departments, branches and localities highly appreciated the idea of Viglacera Corporation’s integrated investment. The locations that Viglacera investors choose are all located on Au Co route, the motivation urban axis of Yen Bai province, especially convenient for transportation. After just over 1 month of research, the Corporation had an official meeting with the province to show the seriousness, science and determination of the investor. Relevant departments, branches and localities of the province are all ready to support, accompany and create the most favorable conditions for site clearance work, and support legal procedures for investors to deploy the Project. 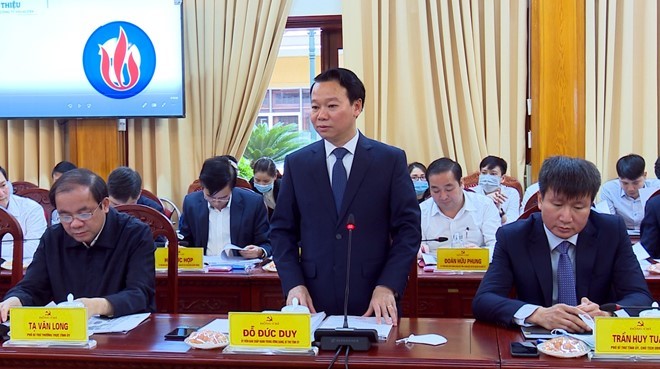 Concluding the meeting, Comrade Do Duc Duy Provincial Party Secretary highly appreciated the capacity and experience of Viglacera Corporation in the construction, infrastructure business, management and operation of the above industrial park in nationwide range.

The Provincial Party Secretary said that after approaching, investors have actively researched, proposed ideas and had the first research products. These proposed ideas are completely consistent with the socio-economic development orientation in general and the industrial development orientation of the province, especially in the spirit of the Resolution of the XIX Congress of the Provincial Party Committee.

Yen Bai province agreed on the policy of allowing investors to research, survey, plan and propose investment in the area of IC 12 intersection according to the proposed documents. The two sides will jointly study and propose to the Prime Minister to permit the formation of new industrial parks in the areas proposed by the investor. The province will set up a working group to support solving legal procedures as well as difficulties and problems when investing in the Project.

The Provincial Party Secretary also assigned relevant departments, branches and localities to review all projects that have been granted investment policy decisions in the area with the current land and population status to provide information for Corporation. Yen Bai province commits to support in all aspects for Viglacera investors to deploy the project in the most favorable way. 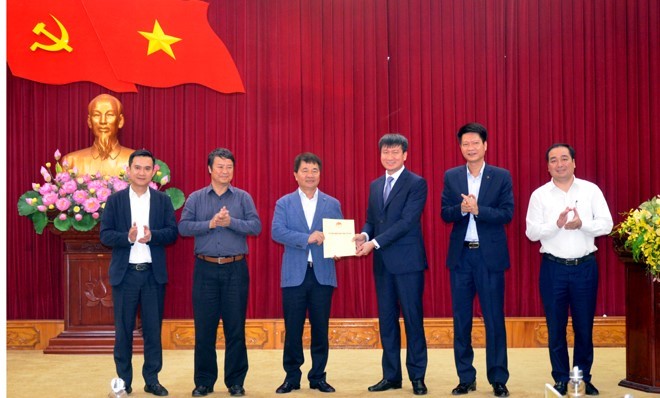 At the meeting, Tran Huy Tuan Chairman of the Provincial People’s Committee; handed over a written approval for Viglacera Corporation to study, survey, plan and propose investment in the intersection area of IC 12 Yen Bai province. 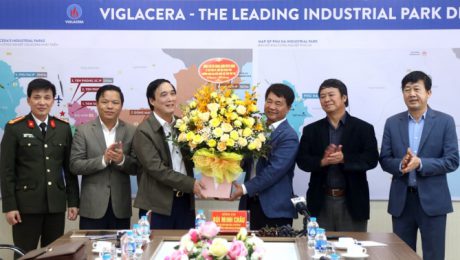 On February 24, 2021, Mr. Bui Minh Chau – Member of the Executive Committee, Provincial Party secretary, Chairman of the Provincial People’s Council, Head of the Member of Congress visited and checked the progress of infrastructure construction of industrial parks (IPs) and production and business situation in Phu Ha Industrial Park (Phu Tho Town).

Along with the comrades: Pham Truong Giang – Member of the Standing Committee, Director of the Provincial Public Security; Phan Trong Tan – TUV, Vice Chairman of the People’s Committee and leaders of related departments and units. 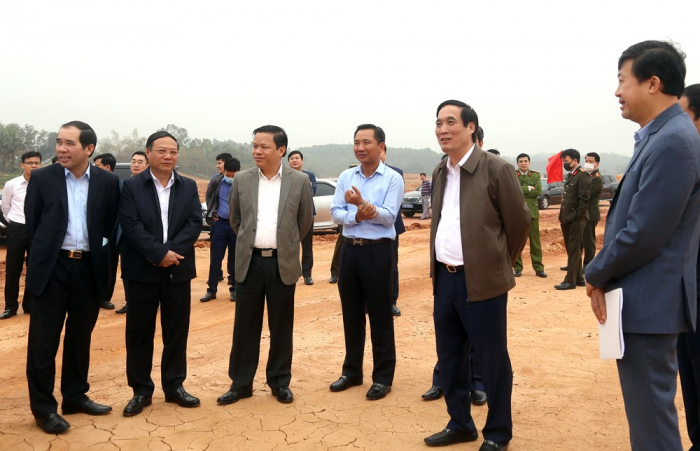 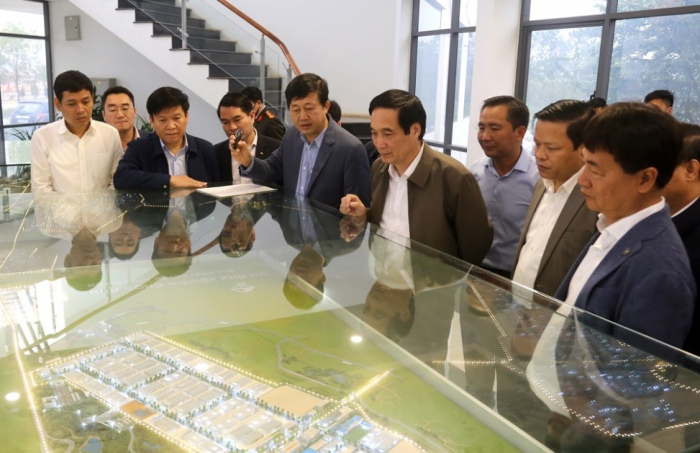 At the meeting, the leaders of Phu Tho town and the investor of Vigracera Corporation also request and proposed to the province for guidance on the support plan for the new households, build the construction, building on land after the announcement of the planning; adjusting the quota for allocation of resettlement land to people; proposing a plan to expand the scale of the industrial park by 100 hectares to the North; for the policy of investment in construction of social housing for workers.

Mr. Bui Minh Chau, Provincial Party secretary acknowledged and highly appreciated the efforts of the departments, branches, town of Phu Tho and the investor in the construction of Phu Ha Industrial Park. He emphasized: The Resolution of the XIXth Provincial Party Congress has identified a breakthrough in strongly improving the investment and business environment; 2021 is also the year the province focuses on implementing key tasks of site clearance and project implementation. Therefore, in the coming time, departments of the province, Phu Tho town and investors need to concentrate resources, striving to complete phase I of the project in 2021, creating all favorable conditions for to build Phu Ha industrial park into a model industrial park of the province. 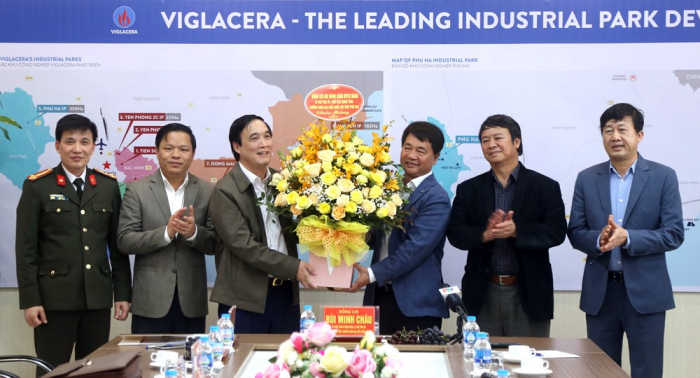 Besides, he affirmed that it is necessary to focus on speeding up the site clearance progress, creating a clean land fund; attracting potential investors with high investment value; ensure electricity supply, traffic safety and order in the area, creating a favorable environment for production and business. In particular, priority must be given to speeding up, completing resettlement areas, and stabilizing people’s lives.

Regarding the recommendations of Phu Tho town and the investor, the Provincial Party secretary Bui Minh Chau assigned relevant departments and branches to coordinate with Phu Tho town, the investor to calculate and propose specific directions according to the most suitable judgment. Policies ensure the maximum benefit of the people but must comply with the procedures, regulations and consistency with ongoing projects. The province also agreed with the policy of expanding 100ha more to the North, will soon complete the procedures under the jurisdiction of the province, and report to the ministries and central branches for other procedures.